How is it fair time already!?  While the end of September is creeping up on us, I wish the temps would creep down.  It may be fall (like tomorrow) but it certainly doesn’t feel like it.

I will admit to dragging out the boots and fur vest last weekend, but it was a miserably hot weekend.

Back to the fair.  This past week was our local fair parade and fair.  While this was Aspen’s 2nd year at the fair, there wasn’t much to remember about the first year for her.

But this time, she had a grand ol’ time. 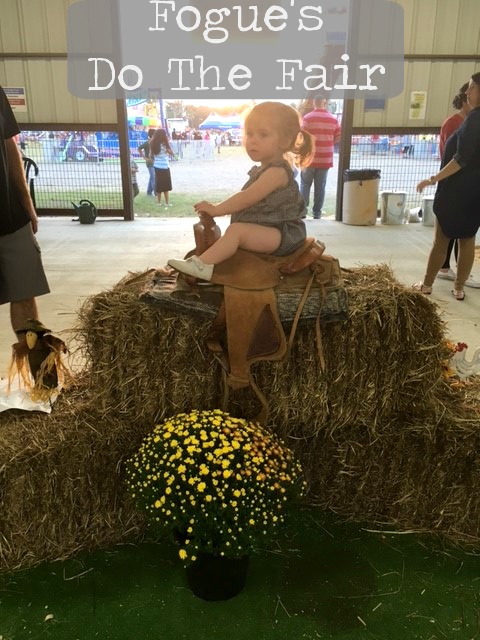 We started out watching the local parade.  Living in a town with two college’s, it sure made for a musical event.  Aspen loved the bands (and the chuice *juice* and fishies *goldfish*) 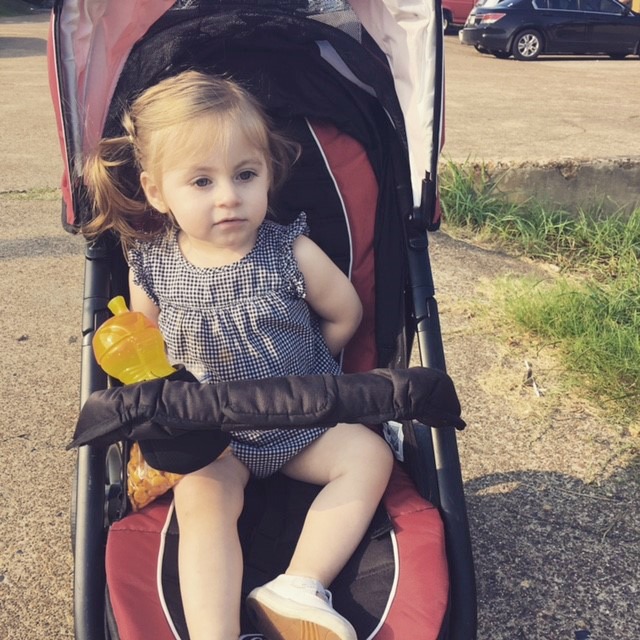 It was incredibly hot and muggy, but we ventured out to the fairgrounds non the less.  We started out by finding her picture in the Cutest Kid Contest.  She was super excited when she saw it.  She was smiling with all 5 teeth shining. 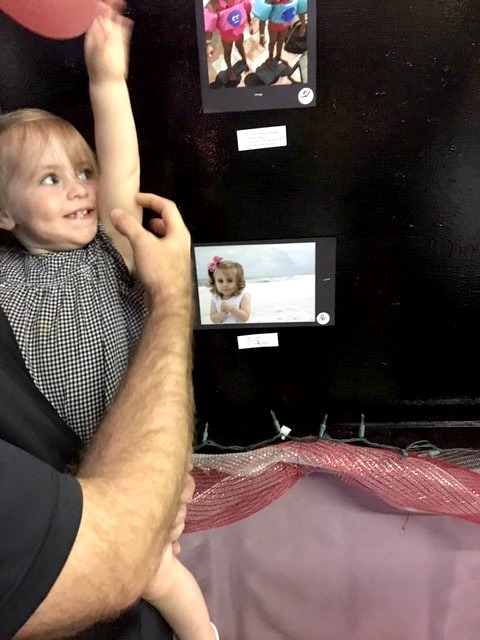 Then, we wondered over to the livestock.  She liked the goats. 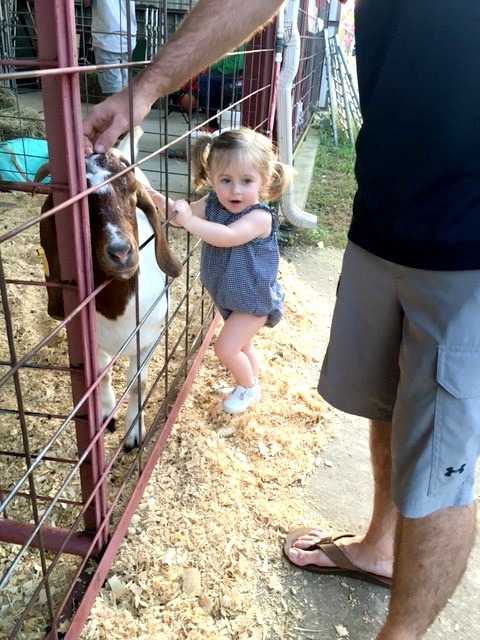 I mean really liked the goats. 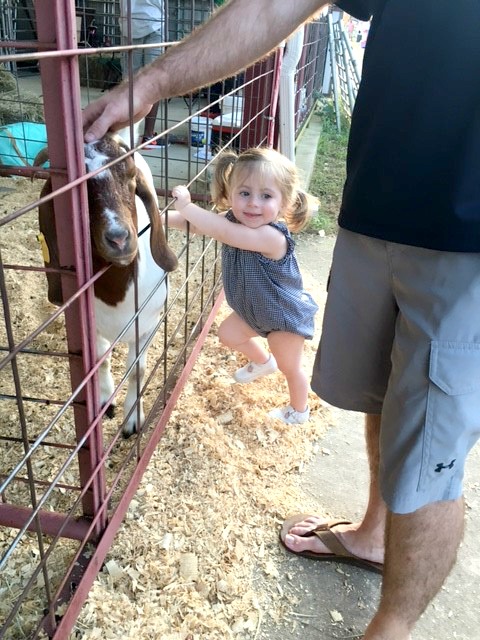 She liked the goats so much she wanted to give it kisses. 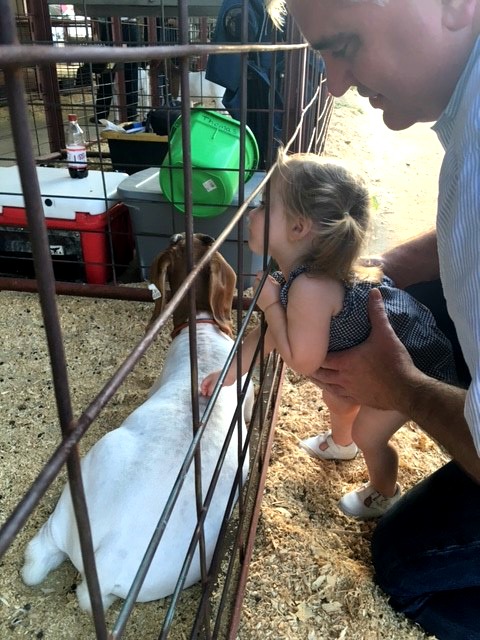 Chris was excited about trying out cotton candy with Aspen.  That was a big fat fail, she wouldn’t even try it.  But me and Chris got to indulge on a childhood treat.

Before we left, we let Aspen pick a few ducks from the pond or rather kiddy pool.  When I think of fair games, I always think of the duck pick up and skeet ball. (Which they didn’t have, what fair doesn’t have skeet ball?)  Since skeet ball was out, Dad did a ball toss and won Aspen a gold fish!  Surprisingly, Nemo still lives despite the diet of brownie mix and a little milt *milk*. 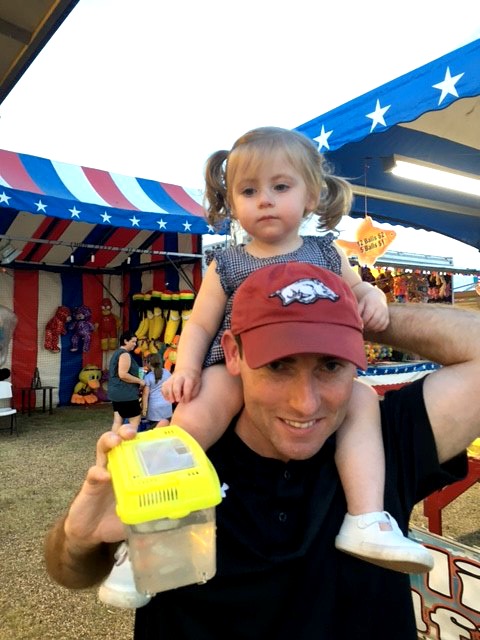 That rounded out this years fair adventure.  We were both grateful that she was still too young to enjoy rides.  I guess we will rock, paper, scissor that task off next year.