As promised in my mid-year review, I wanted to share my weekly progress.  To get us all caught up, I wanted to do one big post highlighting everything up until now, 26 weeks.  This one will be a bit longer than usual, but here we go. 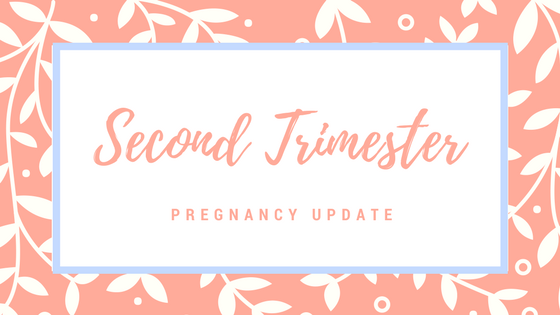 It’s been 4 crazy months since I updated the blog with our exciting news.  You can read all about our big reveal here.  I guess I better start with the happenings in the first trimester.  I didn’t talk much about it in the previous post, so here is that run-down.

Symptoms: The first trimester was a bit of a rocky start, with all day nausea and morning sickness.  I seemed to be a bit sicker this time than with Aspen, but it all hit later.  I was able to enjoy 9 blissful weeks with hardly a symptom.  Then bam!  I was lucky to escape the crazy fatigue that I had last time, which was a blessing having to chase a toddler around.  I did get to add to the symptoms list this pregnancy, crazy dreams.  There was a week period where I had the most bizarre and dark dreams.  This included prison fights with shanks and visits from demons reminiscent of The Exorcist.  I said they were dark.  I’m just glad that part seems to have passed.  Crazy hormones!

Food Cravings: Unlike my pregnancy with Aspen where I didn’t crave anything, I actually got to enjoy the random food cravings and aversions.  This time my love was Mexican food.  Specifically Taco Bell.  You could find me in the drive through line regularly getting my Nacho Bell Grande and Beef Supreme Chalupa. Or, just daydreaming and talking about it when I wasn’t indulging in my craving.  I even found a few copycat recipes that we enjoyed.  Make sure you check out these recipes for Mexican Pizza and Cheesy Crunch Wraps.  They were super delicious!


Food Aversions: Anything healthy.  Or maybe that was just me having an excuse to eat junk food.  I had a few aversions to food, but it was a day by day challenge to avoid the stomach rolls at the mention.


Milestones: During the first trimester, I had to switch doctors from my old OB who was moving.  It was a sad first doctor’s visit because we loved everything she did for me when Aspen was born.  My second doctor’s visit was much like the first, getting set up with my new doctor.  Well minus all the needle pokes.  By my second visit, we were able to hear the babies heartbeat for the first time. 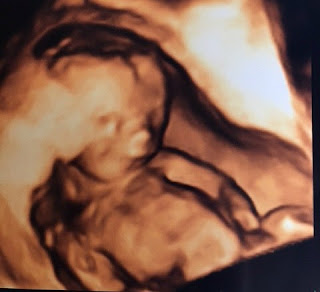 Aspen’s reactions: It took a while for Aspen, all of 2 years old, to grasp the idea of a baby.  I think during this time, it was mostly just repeating what we told her.  We would frequently ask her if she wanted a brother or a sister.  The answer was usually sister.  I guess we shall see if her wish comes true.

Symptoms: Once I got into the Second Trimester, the nausea and morning sickness subsided.  It was replaced with heartburn, the acid burning of hell up your throat at all hours of the day, even from eating things such as salad or toast.  Nothing is safe from this evil.  In addition to the heartburn, I have constant pelvic pain which I didn’t remember until the end of my pregnancy last time.  Oh, the joys of being a second-time mom.

Food Cravings: Pizza, specifically New York pizza which I got to indulge in during our trip up to visit family earlier this month.  Also, Ice Cream (you can add some french fries to that and I’d be happy) which I’ve had more often than I normally do.
Food Aversions: None
Milestones: During the second trimester, we had our anatomy scan in which baby 2.0 looked healthy and measured on track.  We also found out the baby’s sex which we revealed to the family.  There will be a post about that soon.  The bump also made its presence known and maternity wear is a must.  By now, I feel as big as I was when I had Aspen, though I’m sure that’s not accurate and I still have a long ways to go.
Aspen’s reactions: Aspen is loving the idea of baby lately.  She wants to talk to it often, aka listen to it’s heartbeat with my at home Doppler.  She has also named the baby “French Fry.”  A nickname that has stuck so far as we have yet to decide on a name.  Just yesterday, she asked to go to the baby doctor with me.  I’m loving watching her grown and learn during this whole process.
That basically has caught us up on the excitements of pregnancy round 2.  I’ll be back each week with a mini breakdown.  Only 13 weeks left, so hopefully, it will fly by quickly.﻿
﻿
« Blogging – A Mid Year Review
Gender Reveal – Guns or Glitter? »